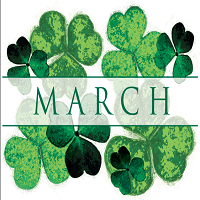 March is very eventful month in the city of Vancouver. As spring is approaching and the weather is warming up, it is safe to say that we are finally getting excited to spend as much time as we can outside and enjoy the early Spring that we’ve been given this year! It is now time to consider all of the fun things to do and exciting events to attend in our beautiful city. Wondering what you can do to keep you and your kids busy this month? Here are a few suggestions of fun events that will be ongoing throughout March that are both adult and child friendly!

Tuesday March 3rd to Sunday March 8th, UBC’s Museum of Anthropology will be hosting the Coastal First Nations Dance Festival. This is a great way to get educated and learn more about the First Nationals culture. UBC’s Museum of dance and culture as well as the Dancers of Damelahamid show case First Nations dancing around MOA totems. Tickets for this event are $25 for adults and $20 for students. As Vancouver Property Managers, we look forward to March and all the fabulous events.

Wednesday March 4th to Sunday March 8th, Vancouver is hosting the 10th Annual Women in Film Festival which will be held at the Vancity Theatre. This spectacular festival showcases both established as well as up and coming women who are in the film making industry. This festival allows you to attend workshops and meet the industry professionals first hand. If you are an aspiring film student or are curious about learning more about the film industry, this is a great event for you!

Friday, March 6th to Tuesday, March 17th, Vancouver’s CelticFest of 2015 is being held in the heart of downtown. CelticFest consists of 12 action filled days of entertainment at concert venues, pubs, clubs and on the streets throughout Vancouver. Everything from theatre, dancing, music and tastings will be held during this fun week!

On top of CelticFest, there are plenty of other St. Paddy’s day celebrations including Vancouver’s St. Patrick’s day parade which is held on Sunday March 15th and will start at 11:00am. The St. Patrick’s Day Parade attracts approximately 300,000 people each year and includes roughly about 2,000 participants. Another event during this week is the green beer party held at The Blarney Stone. A fun filled day for those who are age majority, there will be Irish Dancers, live music, and a full Irish menu. This year, the city of Vancouver has decided to close down the entire street for this all-day party which will run from 9am to 2am on March 17th.

Vancouver also has plenty of St. Patrick’s Day events and activities that are put on more specifically for kids and families. On Saturday March 14th, Bank of Montreal will be hosting a St. Patrick’s Day 5k charity run. A scenic run through Stanley Park that is designed for all ages and abilities, this fundraiser is held for the Canadian Diabetes Association. The 5k run is followed by an after party for participants of all ages!

Sunday March 8th – Saturday March 28th, Vancouver’s International Dance Festival will be hosted at various locations and venues throughout the city such as Roundhouse, The Vancouver Playhouse Theatre, and Woodward’s Atrium. Throughout these few weeks, guest performers from all over the world will be making an appearance, such as; Benjamin Kamino (Toronto), Par B.L.Eux (Montreal), Fernec Feher (Hungary), Dairakudakan (Japan), and Manuel Roque (Montreal). Performances from local dancers in Vancouver will also be performing such as Kokoro Dance, The Response, and Out Innerspace/605 Collective.

Vancouver’s 95th International Auto Show is to be put on from Tuesday, March 24th until Sunday March 29th. Entrance fee is $15 and there are discounts available for both students and seniors. This year, the 2015 Vancouver Auto Show will be held downtown at the Vancouver Convention Centre. This is an event that you will not want to miss out on if you are a car lover or collector yourself!

Last but certainly not least, comes Easter at the beginning of April. At the end of the month of March on Saturday the 28th to Sunday the 29th, an Easter egg hunt will be put on at Stanley Park to celebrate this holiday early. Stanley Park’s miniature train is being turned in to a Easter train where children up to 17 years of age are able to visit the Easter bunny and search for eggs to collect for their baskets. The cost for this Easter egg hunt will be $8.75 for children and $3.50 for adults who will accompanying their children. An exciting and inexpensive activity that kids will love! When you are looking for a property in Vancouver check out our new office across from Sophie’s Cosmic cafe. Look for the Whale!

Will You Be A Successful Property Manager? Take The Quiz

The Art Of Getting What You Want – Do You Have It?