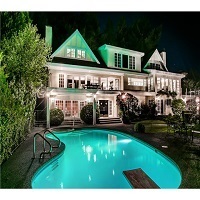 Vancouver home owners may see a dramatic decrease in the prices of luxury homes in the near future after the federal government has decided to discard a program that allowed wealthy immigrants the ability to gain citizenship faster than the average person. The questionable immigrant investor program allowed the wealthier applicants a speedier process after supplying the government with a sizable loan. This could result in a dramatic decline in purchasing high end houses. The program allowed immigrants permanent residence by lending the government $800,000 over a 5 year period. After this time frame the money was returned interest-free to the lender. Vancouver home buyers especially with the wealthier homes were then purchased by many rich immigrants. One of the positive outcomes was the money from the loans has supported many important areas of the government like schools, medical programs and research but at what cost to the rental climate of the province. That question remains unanswered. Rents have skyrocketed out of the average home renters reach where it consumes almost 40% of the average Vancouver paycheck. Many young families have had to move far away from Vancouver in order to even afford a house causing long daily commutes with less time being spent with the family and more time being spent in the car.  Vancouver Property Managers will see first hand the result of this program being rescinded and how this will overall affect the entire real estate market as a whole.

West Vancouver Rental Properties – How to begin to search?