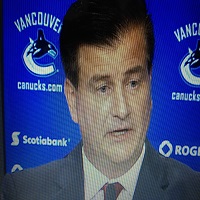 West Vancouver Property Managers like everyone else are hoping against all odds a rebuilding of the Vancouver Canucks this summer will make a big difference and our team will again be the President Cup winners we have come to love. Will our new General Manager Jim Benning be the answer to our prayers? Well, he brings with him years of experience with the Boston Bruins and he is also familiar with the Canucks team as well. There are lots of season ticket holders among West Vancouver home owners and they look to Trevor Linden to bring back our glory team and I think he has made a good choice with Jim Benning at the helm. Lord knows, we can’t do any worse than Mike Gillis as our General Manager with his unskilled and self-righteous approach to the game and his trades. Also, Jim has been an active defense player with much experience under his belt and he really sounds confident about his ability to turn the team around from a record career low for most players on the team.We are not asking a miracle here, just a team that wants to play with heart and energy and respect for the fans. We love you Vancouver Canucks and everyone has a bad year so have a great summer and can’t wait to see the new team in September.  Looking for a home in West Vancouver is much like being a season ticket holder, you feel privileged and special and want to take good care of your seats.

Vancouver Condo Renters – Fun things to do in Vancouver