What Is Causing The Vancouver Housing Crisis? 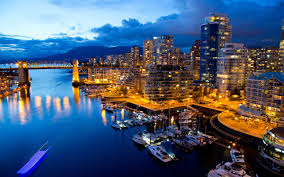 Is Airbnb inflating the Vancouver housing crisis?
KERRY GOLD
Special to The Globe and Mail
Published Friday, Jun. 26, 2015 6:27 PM EDT
Last updated Sunday, Jun. 28, 2015 6:40 AM
While we were busy blaming empty condos for the affordability crisis, we might have overlooked a less obvious culprit.
A Simon Fraser University master’s student released her findings this week that show short-term rentals on Airbnb may be contributing to the city’s near-zero vacancy rate.
Airbnb is the hugely popular site where people the world over can make money by providing accommodation in their homes, or helping people find affordable places to stay while travelling. The accommodation can be as basic as someone’s couch or as opulent as someone’s yacht or penthouse. The sky is the limit. As part of her thesis, Karen Sawatzky obtained the data from Airbnb’s website, crunched the numbers and discovered that 71 per cent of Vancouver Airbnb listings are for entire homes. It’s a significant finding, because it means that if the majority of Vancouver Airbnb hosts have entire apartments or houses to spare, then they’re not renting them out to full-time tenants. A significant chunk of the rental stock is lost.

It means Airbnb’s popularity could be contributing to the critically low vacancy rate, which is, in turn, driving up rents.
Since January, city of Vancouver Airbnb listings have increased 17 per cent, bringing the number to 3,473 listed properties. The majority of listings were downtown. More interesting, however, is the finding that 381 of the hosts control 1,215 of the listings for entire homes. It would make sense that the majority of those rentals are investment properties.
“I thought 71 per cent was quite high, and worth poking into,” Ms. Sawatzky said, in an interview. “And the number of hosts with more than one listing is high, too. They are really concentrated close to the core, where residents also want to live. To me, that really raises policy issues.”

She’s right: 71 per cent is high. Only 57 per cent of New York hosts rent out their entire homes, and in San Francisco, it’s 60 per cent, according to her research.
Her numbers shed some light on the old question of empty condos. Perhaps it’s not so important when investor condos go dark. Maybe the bigger issue, in terms of general affordability, is when they are turned into businesses.
Adjunct UBC planning professor Andy Yan released findings a few years ago that 50 to 60 per cent of all downtown condos are owned by investors who’d purchased them as secondary properties. The much-publicized concern at the time was the 5 or 8 per cent that were left empty. The assumption was that all the other non-owner occupied properties were being rented to residents.
But why would anybody keep an empty condo when they can make double the average rent by renting it short term.

Where Will All The Renters Go?